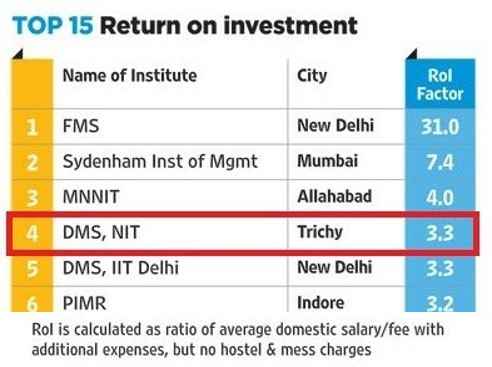 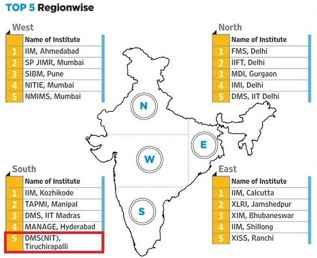 Some of the prominent awards won by DoMS

DoMS NITT has received the most prestigious at Hindustan Unilever Limited’s 22nd Dewang Mehta award for ‘B-School that encourages Leadership as a part of the curriculum’. A well-deserved recognition for a B-school that provides ample amount of freedom to the students to nurture their leadership skills. 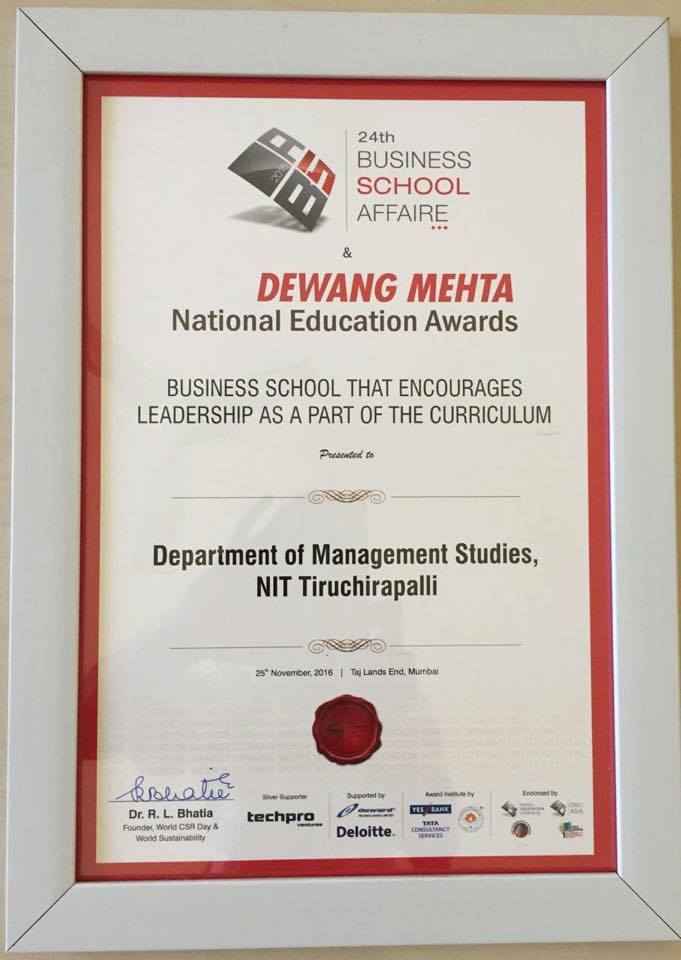 Business school that encourages leadership as a part of the curriculum at Hindustan Unilever Limited’s Dewang Mehta Business School Awards 2014. 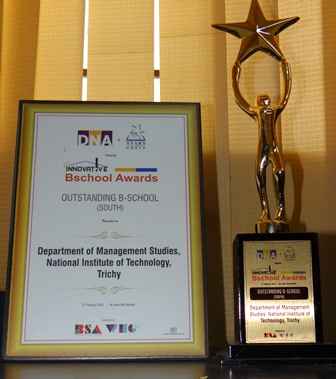 Innovative B-School Awards presented by DNA and STARS of the Industry group. 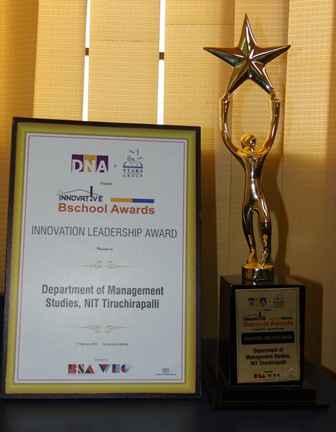 Mr. Mr.Yeshwant, Therapy Manager - Internal Medicine, Sanofi India received the award on behalf of the department and is a proud alum. The award recognizes leadership in management education and innovation in teaching methods. The award ceremony was organized at the Taj Lands End, Bandra, Mumbai.

Best Curriculum in Business Analysis and IT Consulting, Dewang Mehta Award in 2013

NIT Trichy was awarded with the "Managerial excellence award" in the educational institutions category by Madras Management Association in 2013.

"Outstanding B-School" in South India for the year 2013 by ABP News (Star Network).

DoMS-NIT Trichy has been conferred the Bloomberg UTV award in the category Outstanding B-school (South). 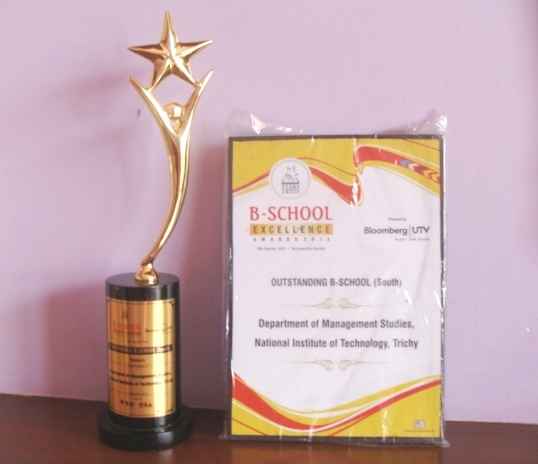 DoMS-NIT Trichy’s commitment towards managerial excellence was recognized with the Outstanding B-School Award(South) by Star News for the year 2011. Former HOD Dr. M.Punniyamoorthy received the award at the function held at Hotel Taj Lands End, Bandra, Mumbai on 12th February 2011. The award is organized in partnership with Business World Magazine.